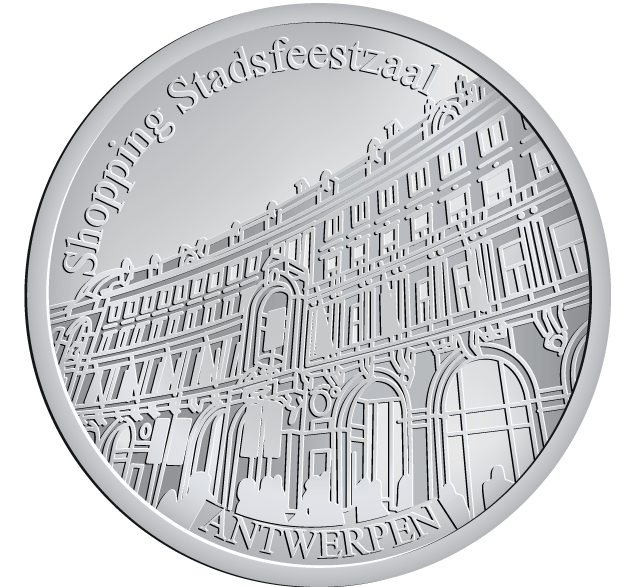 The Stadsfeestzaal is a neoclassical building dating from 1908. It was built according to plans made by city architect Alexis Van Mechelen on request of the municipality. It is situated on the Meir, the main shopping street in Antwerp. Another entrance is located at Hopland. Along the Meir there always have been retail spaces and apartments. Through a gate they had access to the rear hall. The hall has long been one of the most famous rooms in Antwerp. There were art exhibitions, Antwerp Antiques Fair, the Book Fair, Motor Shows and various celebrations. In 1983 the building was classified as a protected monument. On the night of 27 to 28 September 2000 a heavy fire destroyed almost the entire building. In 2004 the city signed an agreement with a developer to rebuild the hall. That same year works began. On October 25, 2007 the completely renovated Stadsfeestzaal opened again for the public, this time as a luxury shopping center. The glass dome with gold leaf, the staircase, the original decorations, sculptures, mosaics, wall reliefs and oak parquet floors are original. The marble in the main hall comes from the same quarry as it was originally placed in the marble hall.