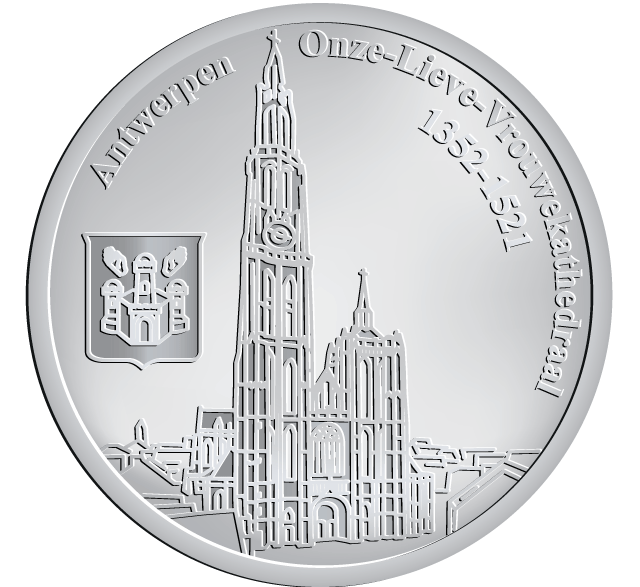 The Onze Lieve Vrouwe Kathedraal (Cathedral of our Lady) is a masterpiece of lace work in stone.
Begun in 1352, it is one of the finest gothic buildings in Europe. The church, which became a cathedral in 1559 replaced a Romanesque church built in the twelfth century. The last vestiges of that church were demolished in 1481.
The overall design of the Antwerp Cathedral is attributed to Jean Appelmans, also known as Jean Amel de Boulogne, although the construction was most likely headed by De Waghemakere. A nineteenth-century monument at the base of the southern spire commemorates the architect. The last part, the tower, was finished in 1518.
Coin is available at Groenplaats square.