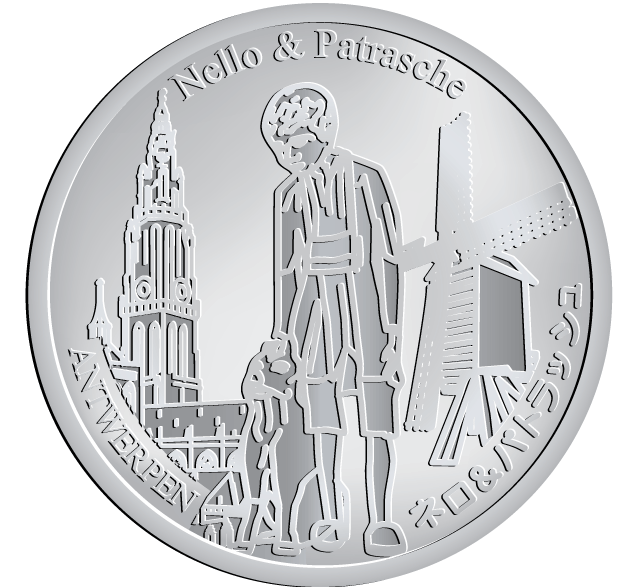 Nello was a poor orphan who helped its uncle each morning with bringing milk to Antwerp. One day he saves the live of an abandoned dog, Patrasche, who as from then will never leave Nello. In spite of the many setbacks, the poverty the suffering, Nello remains honestly and sincere. This tale is considered by many as a symbol of the friendship between Japan and Belgium. On December 10, 2016, a new monument was revealed on the Handschoenmarkt square in front of the Antwerp Cathedral. A sculpture in white marble represents Nello and Patrasche sleeping, covered by a blanket of cobble stones.