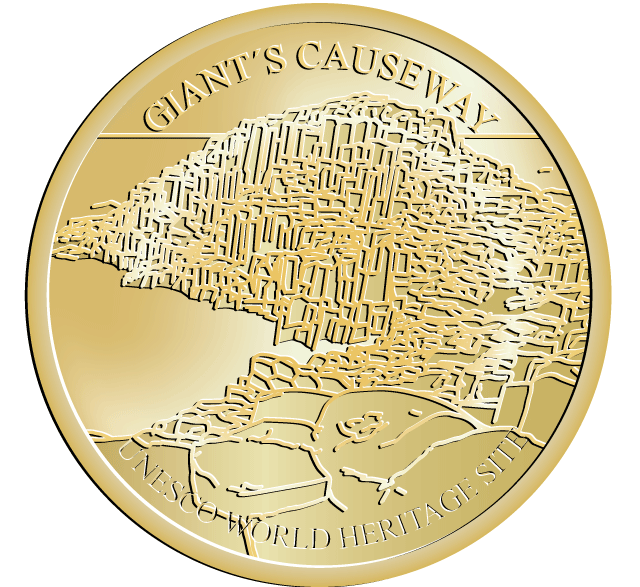 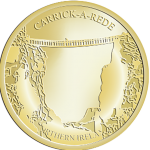 The Giant’s Causeway is an area of about 40,000 interlocking basalt columns, the result of an ancient volcanic eruption. It was declared a World Heritage Site by UNESCO in 1986, and a national nature reserve in 1987 by the Department of the Environment for Northern Ireland. The tops of the columns form stepping stones that lead from the cliff foot and disappear under the sea. Most of the columns are hexagonal, although there are also some with four, five, seven or eight sides. The tallest are about 12 metres (39 ft) high, and the solidified lava in the cliffs is 28 metres thick in places Carrick-a-Rede Rope Bridge is a famous rope bridge near Ballintoy in County Antrim, Northern Ireland. The bridge links the mainland to the tiny Carrick Island. It spans 20 metres (66 ft) and is 30 metres (98 ft) above the rocks below. The bridge is mainly a tourist attraction and is owned and maintained by the National Trust.